On their latest single, “We Are Strong,” Ireland’s ReHumanise delivers audiences with a daring fusion of alternative rock genres and traces of influence. To begin, the opening distorted guitar riff has a grunge-like vibe to it — the intensity is nostalgic and hard-hitting in the manner that tracks from a few decades ago used to be.

Damian Brady, an Irish producer, and composer is the creative force behind ReHumanise. Damian is a multi-instrumentalist who wrote, played, recorded, and mixed his album from his bedroom while under lockdown. Rehumanise’s sound synthesizes World Music, Electronica, Folk, and Choral Vocals. Western genres, including shamanic music, kirtan chanting, ancient Indian music, and West African rhythms, have influenced this music.

In the year 2020, ReHumanise was formed in Ireland. He is a multi-instrumentalist and producer. His recent work is influenced by Depeche Mode, Radiohead, and The Smiths. Still, he also creates a combination of world music and electronic music using devices from all over the world.

Damian Brady, a producer, and co-writer had a Top 5 success in Ireland in 2017. Since  September 2020, he intends to keep releasing new music on a regular basis in the future. After the globe has been reopened, ReHumanise plans to go on tour.

ReHumanise’s distinct approach to rock has a distinctive flavor of his own. The singer and playlist do not disappoint with this latest release. “We Are Strong” begins with a shocking degree of power and weight, grabbing listeners’ attention from all directions — an understandable choice for the music. However, things settle down a little after this, with more inherently nostalgic feelings that welcome and enchant.

“We Are Strong” is an instantly engaging tune with a wonderfully progressive melody that swirls and evolves in a fresh, rewarding way—the tale is intriguing throughout.

It appears to be deeply personal while also being accessible to a larger, thoughtful audience. The song’s hook and everything leading up to it is excellent, refreshingly complicated, and well-crafted. The song has all the fundamentals of a classic.

ReHumanise, by all accounts, creates music because these sounds and concepts flow naturally to him. The end result is always an unpredictable adventure that fulfills, entertains, and allows you to leave your world for a short while. This piece contains a number of excellent passages.

Tre Charles by Trek 47 and KU

Up N’ Down by Jay Wat 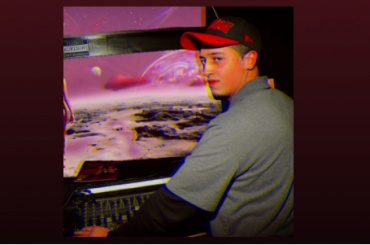